How to Help an Elderly Loved One Living with Dementia

Effective EHR software: Can it improve your revenue cycle?

How To Choose A Pre-Med Major

Staying Healthy and Injury-Free While Running

Guidelines to avoid scams when buying presents this holiday season

Thinking of Advertising in the Midwest? Here’s What You Need to Know

Illinois, North Dakota, South Dakota, Indiana, Michigan, Kansas, Iowa, Minnesota, Nebraska, Missouri, Wisconsin, and Ohio. What do these 12 states have in common? They are all part of the region of the United States known as the Midwest. The Midwest is the perfect combination of industrial urban life and laid-back rural life, making it home to many different kinds of individuals. If you haven’t started advertising your business in the Midwest yet, you should start considering it. From Minneapolis billboards to Cleveland bus wraps, there are so many different ways to advertise in this region. Today, we’re going to tell you everything you need to know about advertising in the Midwest. By the end of this article, you’ll feel ready to take on these 12 states without hesitation. To see your business excel like never before thanks to the unique audience found in the Midwest, keep on reading.

Many Different Types of People

In terms of opportunity, the Midwest has basically everything. If you’re interested in farming and rural living, then you’ll find all the solitude you need in the hills of South Dakota. On the other hand, if your dream is to become a hip hop star and make millions, you can do that in the windy city of Chicago. Clearly, there is no single type of individual that lives in the Midwest. No matter who your target audience is, you’ll find them somewhere in this region. The main question you have to answer is where you’ll be advertising in the Midwest. As we’ve mentioned, you can advertise in the countryside of South Dakota if you have a business that sells farming machinery, but that same advertisement would fall flat on its face if you placed it somewhere like downtown Chicago. Similarly, an advertisement for your arts agency could experience massive success on Minneapolis billboards but simultaneously be a complete failure on rural Iowa billboards. Location is everything in Midwestern advertising, so if you’re thinking of advertising your company in this region, you and your marketing team need to do a lot of research on the demographics and interests of your target audience and find the location that is best suited for your business’s needs. That way, you can channel the most time, energy, and funds towards advertising in a location that will give you the most return. Never underestimate the power of understanding your target audience.

If you think that the best cities to advertise in are places like New York City, Philadelphia, or Boston, think again. Some of the extremely dense cities like these are actually overrun by advertisements, making it difficult for any one ad to stand out among the crowd unless you want to spend millions of dollars on a digital spectacular ad in Times Square. Midwestern cities, on the other hand, are extremely attractive and popular locations for advertising campaigns. Some of the largest cities in the Midwest are Chicago, Minneapolis, Cincinnati, Indianapolis, St. Louis, Detroit, and Columbus, just to name a few out of many. Advertising in these cities can actually give you more return than you might expect. Although they are not extremely dense hubs of society, Midwestern cities have just the right number of people to still have a big impact. Do some research with your marketing team to see which Midwestern city would be best for you to advertise in.

When you hear the word “Midwest,” what comes to mind? Is it something like flat fields of corn for as far as the eye can see? If so, then your idea of the Midwest isn’t completely wrong. While it is not flat in its entirety, the vast majority of it can be described as flat fields. Interestingly enough, these fields actually make the Midwest the perfect place to advertise using billboards. You can see billboards placed along highways for literally miles due to the flat expanse of land that covers most of the Midwestern region. Billboards are extremely effective in advertising because they build brand familiarity, and familiarity has been scientifically shown to increase liking, whether that’s with a person, thing, or business, in this case. Whether you want to advertise using Detroit billboards, Minneapolis billboards, or those of any other Midwestern city, we can say confidently that you’ll see major growth in your business because of them.

We hope this article has helped show you what the most important things to know about advertising in the Midwest are. We’re sure that if you develop a strategic marketing plan and start advertising in this region, you’ll be happy you did and never want to go back.

Review Thinking of Advertising in the Midwest? Here’s What You Need to Know. Cancel reply

How a Medical Malpractice Attorney Can Protect Your Rights

How to Get Fit Fast: 5 Great Tips

The Who Blog, 3 months ago
Others

How to Convert 30 inches to cm

The Who Blog, 9 months ago
Others 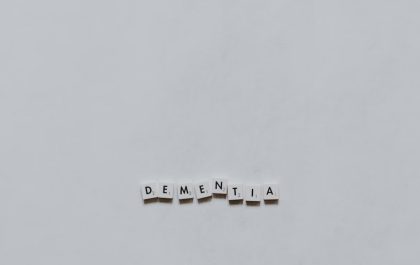 How to Help an Elderly Loved One Living with Dementia

When you are caring for somebody who has dementia, it can be exceedingly difficult. Dementia affects more than just memory…

Effective EHR software: Can it improve your revenue cycle?

How To Choose A Pre-Med Major

Staying Healthy and Injury-Free While Running

Half of all runners suffer an injury during their lifetime while engaging in this activity. Often, these injuries affect the…

Guidelines to avoid scams when buying presents this holiday season